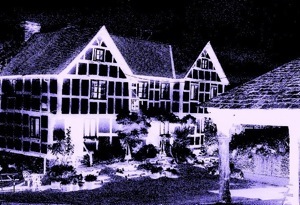 LATEST CASTING NEWS FOR ITV’S MIDWINTER OF THE SPIRIT: A  man who can sing is to play Lol. Actors with serious Shakespearan  form are  booked for Huw Owen and (yes) Frannie Bliss. Very promising RADA graduate for Jane. As for Merrily… you’ll recognise her at once.

Anyway, the names are likely to be revealed a week or so before the cameras roll in mid-April.

Executive producer Kieran Roberts, boss of Coronation Street, etc. says: “We’re very excited to be working with Stephen Volk to bring Phil Rickman’s gripping and chilling novel to the screen. We’re also thrilled to be making one of the first original commissions for ITV Encore.”

Midwinter has been commissioned for transmission on ITV Encore by ITV’s Director of Drama Commissioning Steve November and Controller of Drama Victoria Fea.

“Midwinter of the Spirit is a contemporary and edgy drama which draws upon dark  forces which are intriguing and spiritually frightening,” says Steve. “We’re delighted to commission three episodes of a potentially returnable crime drama with a supernatural twist.”

*ITV Encore is a collaboration with Sky TV, presenting the very best of ITV Drama – similar to Home Box Office in the USA. The big-budget Midwinter will be one of the first original productions to be screened on Encore. If you have Sky you’ll be able to watch it at no extra cost. If you haven’t, it’s likely to turn up on terrestrial ITV in due course.

The House of Susan Lulham (a Kindle Single ghost story) was Amazon’s 2014 Christmas Number One crime and thriller short. It was developed from the story written for the international crime collection, Oxcrimes, published last May. The new novella, more than five times as long, is a part sequel and a response to readers who wanted to know what happened next. It now becomes Merrily 12 and a half and will be published as a compact hardback, in October 2015, by Corvus. And you know what comes after number 12.5 in the average street.