‘A series begging to be filmed…’

Anna Maxwell Martin excels at the centre of an acclaimed ITV

The critically-acclaimed ITV three-part serial, Midwinter of the Spirit, adapted by Stephen Volk, has introduced over eight million viewers to Merrily Watkins, an insecure, troubled woman priest training to be an exorcist. 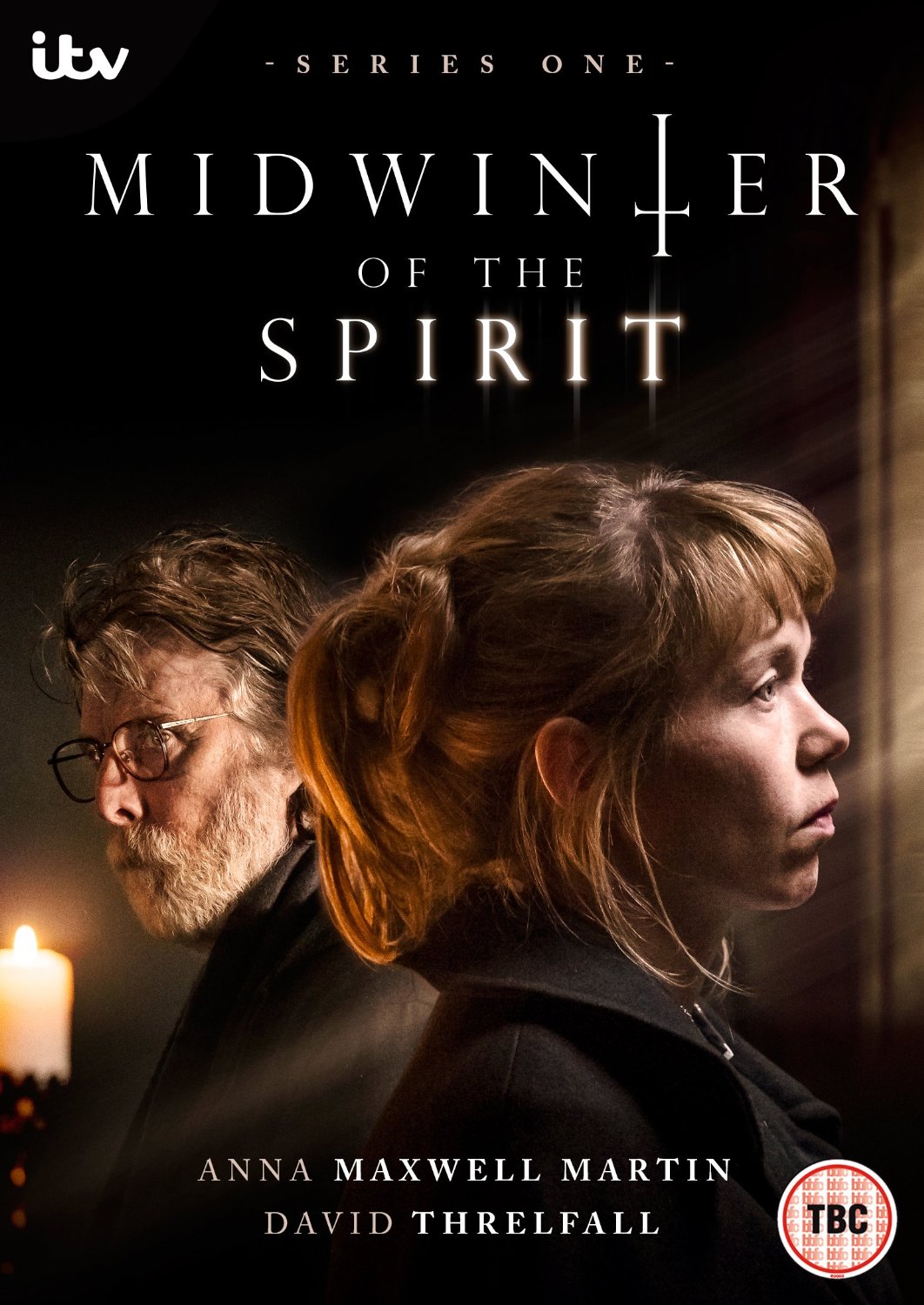 ‘Gripping and at times truly scary.’

‘Impressively chilling… from the beginning to the shocking end unfailingly potent’

‘Not just intriguing but also emotionally engaging. Ambitious… distinctly satisfying attempt to create what might be called Middle-England Gothic.’

‘Exceptionally creepy without ever venturing beyond the bounds of the credible. Drama to get the heart properly beating’

‘Just the thing to cheer and chill as the nights close in.’

‘Midwinter of the Spirit has been excellent…. it should return – there are 12 more Phil Rickman novels to choose from.’

So what went wrong…?

The three-part Midwinter of the Spirit was originally made for the quality-drama channel, ITV Encore. However, it was suddenly and unexpectedly plucked out of the Encore schedule  to replace the far more expensive, all-star six-parter, Unforgotten, in a peak-hour slot on ITV One.

Now… could this have been because they’d recognised its obvious merits… or because the more expendable  Midwinter would now go up against Episode 3 of what would be the year’s most successful (10 million viewers) BBC drama, Doctor Foster, saving the costly Unforgotten from the embarrassing possibility of, er, being rapidly forgotten?

It was no great surprise to anybody when, with the huge Foster viewing figures already well established, most viewers chose to record Midwinter instead, apparently setting what looked like a new high for UK recording of a particular drama. Unfortunately, a recording counts for nothing in the ratings – especially on ITV, where it means viewers are able to skip the ads.

So the critically-acclaimed Midwinter was, as expected, proclaimed a flop by ITV executives, who told the media that it ‘hadn’t worked’, while the rescued Unforgotten (‘Hard to love’ – Daily Telegraph, ‘dodgy dialogue… painful looping slowness’ – Guardian, ‘unsatisfactory… played a series of shabby tricks’ – Daily Mail)  has gone on to a second series.

Welcome to the pragmatic world of peak-hour television.