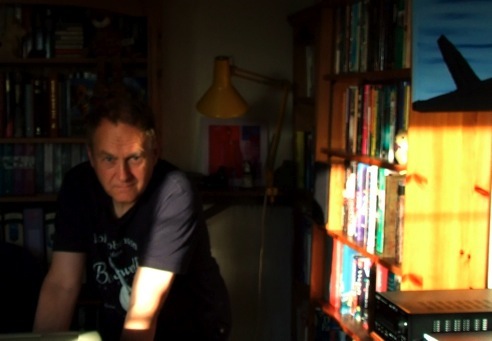 ‘an excellent writer… terrific on atmosphere.’

Phil Rickman is the author of  the  Merrily Watkins mysteries. the John Dee series and several novels of the paranormal, including two for children under the name Thom Madley.) He’s still trying to write the sometimes-transcendental thriller (an all-the-time transcendental thriller would be bloody unreadable, so it’s a balancing act.)

Born in Lancashire, he’s spent most of his adult life in Wales and the Border country, where he won a couple of awards for his work as a BBC radio and TV news reporter.

First novel, Candlenight (1991) was discovered by the novelist and fiction-editor Alice Thomas Ellis  and was followed by four other stand-alone ghost stories before the Merrily Watkins series began with The Wine of Angels.

Phil lives near Hay-on-Wye with his wife and editor, Carol – they met as  journalists on the same paper – and a bunch of animals. He writes and presents  the book programme PHIL THE SHELF on BBC Radio Wales.

(no attachments please – WE HAVE TERRIBLE BT BROADBAND IN THIS AREA -and best if you don’t ask for help getting published; it really doesn’t work like that.)